TVB must have had much Heart & Greed for this 40 episode, 3rd installment of the 溏心風暴 franchise to do well, but it fell short of the expectations I didn’t quite have from the start. Sorry.

Heart & Greed is rightfully the most anticipated drama of 2017/2018, as it has been 10 years since the previous Heart of Greed (2007) and Moonlight Resonance(2008) of the franchise, which were spectacular hits claiming much praise for the acting, storyline, catchphrases, and etc.

This third, and likely final, installment of this franchise couldn’t preserve the original cast, and has taken a different turn.

Yikes. Haven’t heard much about her, but she’s 86 already…hope she’s okay.
He gone yo. Dunno where he went.

Priscilla Wong (黃翠如) People give her flak for her acting, but I can’t hate her.

Sharon Chan (陳敏之) Yep. Even though she literally just became a momma

Eliza Sam (岑麗香) — Mhmm. Since TVB doesn’t really have anyone of that caliber except for her. At least her Chinese got better…

SO a lot of people criticized Heart & Greed for recycling the storyline — but seriously, what did they expect??? I quote:  “viewers are bored with the recycled plotline of family arguments and fighting over family inheritance.” (See this article)

Ling Lai Ying (Louise Lee) and her husband, Wong Wing Ching (Ha Yu), worked hard from a tea restaurant to form Ka Cheong Wong Limited. Wing Ching’s sister-in-law, Leung Shun Wah (Susanna Kwan) and her younger brother, Leung Chan (Louis Yuen) persuades him to list the company but Wing Ching is opposed to it. However, Hui Nga Lun (Joseph Lee) helped Wing Ching by being his alibi in a murder case years ago. He has seen the risk of bankruptcy in the century-old printing business in the Hui family and offers to help. However, Shun Wah and Leung Chan vigorously opposed the idea, in addition to a grudge held by Yu Sau Wai (Michelle Yim), who self-proclaims the Hui’s as elites. Lai Ying finally came to a merger agreement with the Hui’s to form the Hui Wong group. Unfortunately, the merger triggered a series of troubles. Conflicts arose between the grassroots and the wealthy. The Wong’s only son, Wong Wai Ka (Vincent Wong), and the Hui’s only daughter, Hui Bui Yi (Eliza Sam) is in a loving relationship that was forbidden, which eventually forced Wai Ka to leave her. Lai Ying was heartbroken until another scandal arose when her eldest daughter, Wong Yi Oi (Sharon Chan) falls in love with Cheng Lap On (Michael Tong), a married man. Ling Shing Fung (Bosco Wong) is also embroiled in a never-ending relationship with his friend, Fong Hei Man (Priscilla Wong). The two families then spiral into a long-awaited revenge feud…         Source: Wikipedia

So, I wasn’t stupid enough to have expectations, even though I knew TVB heavily invested in this production, but the story was very, very dry. It was the same in the sense that Ha Yu’s background is yet another rags-to-riches kinda thing, but this time, he owes it to Alan Hui, who testified for him in court and saved Wong from being falsely indicted as a murderer. Bosco’s role wasn’t very big in Moonlight Resonance (imo — see review), but his was definitely a lot bigger here, as the “villain.” I was looking forward to something more between his and Pricilla’s character, because I was rooting hard for these lovers, but when they finally got together (in the homestretch), that stretch of the drama overlapped 100% with Bosco’s turning to the dark side. Ugh. While Vincent Wong & Eliza Sam’s love story was really sweet, and Vincent’s acting, once again, didn’t fall short of expectations, the chemistry wasn’t quite there. 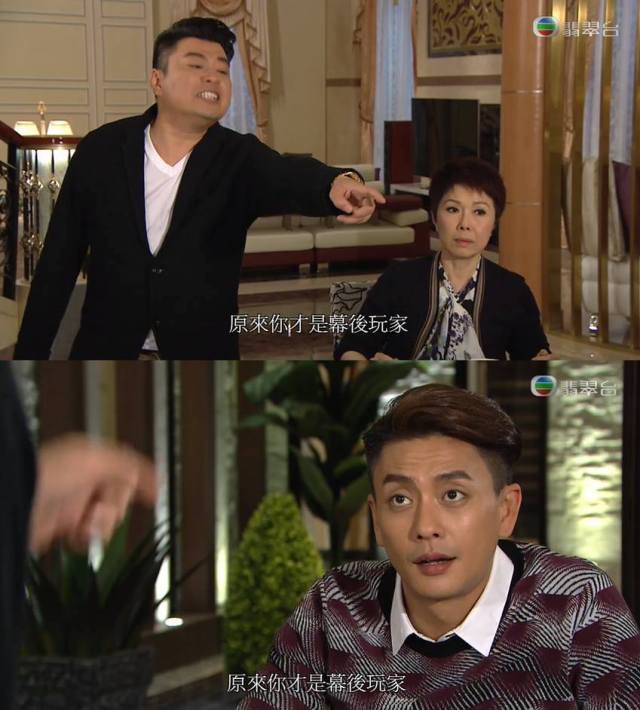 I do have to confess that I half-heartedly watched this 40 episode monster — I skipped along for each episode to watch 5 episodes/week within a span of 1 hr 30 min max. But, I honestly don’t think an extra time investment to watch every second of this drama would dramatically change my opinions. I honestly don’t think Ha Yu & Louise Lee’s performance in this drama was as good — their characters simply did not have the time or right opportunities to appropriately show the difficulties & effort required to hold a family together like what happened for the previous two installment of the franchise.

Sharon Chan’s character was complex, but the rushed pace of the story line (rushing at the wrong parts, and wallowing in the wrong parts too. 2+ COMBO) completely extinguished the potential for her character & storyline. She portrayed the innocent selfishness of a woman in love with a married man, and her pain + fam’s anguish/pain was evident, but…idk…still didn’t quite hit the bull’s eye.

Jason Chan’s character? That was utter BS. Involving a random Mary Hon + Son duo to solidify Eliza’s leaving Vincent was convenient…but…wtf?! Couldn’t they have thought of something else, or at least make it better? And what’s with conveniently killing off Jason Chan?

Michelle’s Yim characters for all 3 installment were villainesses, but…this one lacked the oof. Here, she was just a manipulative, petty, snobby lady — in the past, her performance + character combo made every viewer boil in fury with loathing for her — to the point where her character merited a sharp shout of “B*TCH!!!” whenever she was onscreen…but not so much this one…imo.

Flavors that are Lacking

Feuding: the level of feuding here…is child’s play compared to the past. Yes, the crises were all pretty big deals…but how they seemed to be resolved so “easily” because the misunderstandings didn’t quite have the time to build up and form roots…made the feuding a child’s play. In the previous productions, yes, you could point fingers, but since the audience was so swept up into the drama, our eyes were glued to the screen and we always felt the heavens were crumbling when yet another misunderstanding arose as a ripple from the villain’s actions. In Heart & Greed, we saw everything — Bosco was manipulative, but child’s play style. We couldn’t hate him, because we knew exactly why he suddenly became ambitious. His ambition? He just wanted to prove himself. His betrayal? It’s half-hearted. He didn’t actually lose himself. Michelle Yim’s interference? Pfft. Nothing. The characters I did hate were Adam & his wife, Alice — but that’s it.

Catchphrases: Helloooooo? The franchise is famous for generating catchphrases. This one was trash. a shell of a factory. 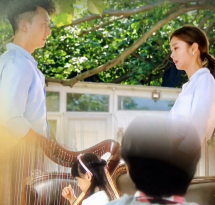 fill the balloon up Cancel reply

The Balloon dat Flew Away

Look at All These Technicalities